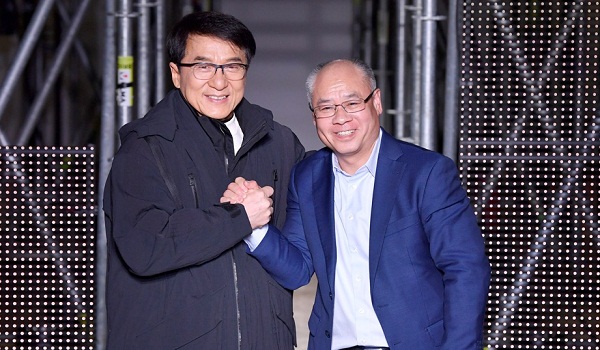 The contemporary Li-Ning Fall/Winter 2020/2021 collection made its runway debut during the Paris Fashion Week Menswear event in France over the weekend. The sporty and trendy athletic wear line, created by accomplished Chinese Olympian Li Ning, is celebrating its 30-year brand anniversary this season. To commemorate the occasion, iconic actor and martial artist Jackie Chang was spotlighted as a special model on the sportswear brand’s runway.

Filled with great accessories and athletic street styles, the show itself was full of futuristic elements, while paying tribute to the label’s rich heritage.
“The brand’s 30th anniversary sets into motion a far-reaching series of new collaborations and associations within the worlds of fashion and contemporary art, the latter of which is represented in Li-Ning’s three-year patronage, beginning in January 2020, of Paris’ renowned cultural institution the Centre Pompidou,” the brand shared in a press release. “With a focus on live performance, the program seeks to crystallize the partners’ shared belief in the unifying nature of experience and the power of art in creating exchange.”

Click through the gallery below to view photos from the Li-Ning Fall/Winter 2020/2021 runway presentation at Paris Fashion Week Men’s, plus front row and red carpet snaps.