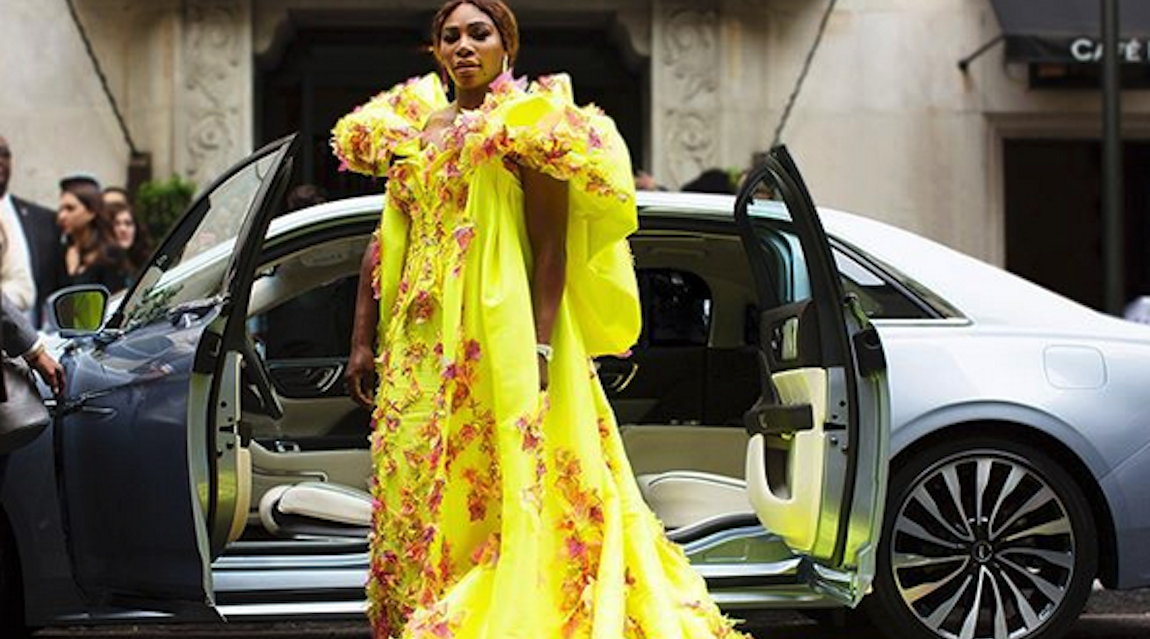 See the Coolest Star Styles from the Camp-Themed 2019 Met Gala
Last night, fashion’s top artists, along with tons of celebrities and style tastemakers, gathered in New York City to celebrate the 2019 Met Gala. The event, hosted by Vogue‘s Anna Wintour and Gucci along with Harry Styles, Serena Williams, and Lady Gaga took place at the Metropolitan Museum of Art’s Costume Institute.
Themed “Camp: Notes on Fashion,” the new exhibit – and corresponding opening night party! – celebrates Susan Sontag‘s 1964 essay on exuberant, campy fashions, which are all about the “love of the unnatural: of artifice and exaggeration.” With that idea in mind, guests were welcome to bring out all the stops with their elaborate evening wear.
Below, we’re rounding up just a handful of our favorite star styles from the 2019 Met Gala celebration.
Lady Gaga
All eyes were on event host Lady Gaga for this elaborate fashion affair, as everyone knew the creative entertainer would certainly rock an over-the-top ensemble for the occasion.
Not letting us down, the singer wore not one but four totally different looks for the red carpet alone – and impressed with black and pink themed costume changes. We particularly love the voluminous pink Brandon Maxwell gown she made her debut in – but all of her looks for the evening were crafted by the American fashion designer.
Serena Williams
How do you interpret an over-the-top party theme while keeping your own personal style front and center? You’ve got to look to Serena Williams, who did both perfectly at the 2019 Met Gala. The pro tennis legend stunned in a yellow and pink ruffled Versace gown – and let her sporty side show through with matching Off White x Nike sneakers on her feet!
Harry Styles
Singer Harry Styles walked the red carpet with Gucci‘s Creative Director Alessandro Michele, wearing a sheer black jumpsuit. The all-black look may have been tamer than we were anticipating from the stylish star, but it certainly made its impact as a look to remember.
Zendaya
Every Cinderella needs a fairy godmother, and Zendaya went all out with a digitized blue Tommy Hilfiger ball gown. Her stylist Law Roach acted the part of “fairy godbrother,” who illuminated the star’s enchanting gown with the turn of a wand and a bippity-boppity-boo!
To make Zendaya’s light-up gown interactive, a whole team of talented people were involved behind the scenes. During the event, the actress showed off a gallery full of photos and videos that document the making of this one-of-a-kind artistic creation.
Kylie Jenner and Kendall Jenner
Stylish sister duo Kylie Jenner and Kendall Jenner rocked coordinating feather ensembles for their walk down the 2019 Met Gala red carpet. Kylie’s purple net dress and Kendall’s fiery orange gown are both Donatella Versace.
Dakota Johnson
Actress Dakota Johnson also wore Gucci for the big event, and her fuchsia gown was studded with crystals, intricate embroidery, and more impeccable detailing.
Katy Perry
Pop star Katy Perry attended the 2019 Met Gala dressed in a Moschino candelabra dress. She quite literally lit up the red carpet in the illuminated Swarovski creation!
Cardi B
Cardi B certainly knows how to make an entrance, and her latest was created thanks to a gorgeous down-filled red Thom Browne gown. Her textured tulle and organza train went on for days – and according to the designer, it took “35 people and over 2,000 hours to create.”
Caught up? Check out last year’s top Met Gala fashion moments. All images via celebrities’ and designers’ Instagrams